One moment that will undoubtedly go down in the annals of Thrash Metal history occurred in Germany at August of 1984, when four young men, Volker “Freddy” Fredrich, Lars “Lala” Honeck, Jürgen “Jogi” Weltin and Axel Strickstrock, decided to launch what was to become the countries’ cult Thrash Metal Band – NECRONOMICON.

Recognizing the urban character and Punk roots that made the band so original, fans and media alike responded enthusiastically to the debut album, “Necronomicon” (1986), which caught the attention of the Thrash Metal scene and garnered not only praise for the band, but also created the solid foundations of a fan base, that has remained with the band throughout the years.

The legendary album, “Escalation” (1988), earned Punk Thrashers name “Thrash Cult”, climbing to the Top 30 in the Rock Charts in Greece…

…Sadly, NECRONOMICON’s future was not to be plain sailing, and the hard crash is came. After the release of their fourth album, “Screams” (1994), the band loosed all their equipment when the rehearsal room burned to the ground. To make matters worse, the new label disappeared shortly after releasing the album, and the band was cheated. The label went bankrupt, money was misappropriated, and there were burglaries and ﬁres. Label’s lack of support and inconsistencies caused many problems, and the band forced to go through a long and expensive court case in order to regain ownership of its own name. But twiddling their thumbs and surrendering to fate was not really in the nature of NECRONOMICON. So they went through a long and costly legal process, shed perhaps a few tears, and ﬁnally got their rights reinstated after 3 years and started again… the stage was set for a full onslaught!

NECRONOMICON’s determination pushed the band forward, and after the demo “Possessed Again!” (2000) came the highly acclaimed ﬁfth album, “Construction Of Evil”, in 2004. The outstanding reviews were a soothing balm on the band’s wounds as they watched it rise to Number 6 in the Spanish charts. The fans got crazy and begged for more.

“Revenge Of The Beast” came out worldwide in 2008 and was the ﬁrst release under a foreign label. The press ﬁnally brought the band out of the “shadow of other Thrash Greats”, making it into the top 20 of several Rock Charts and going on to capture many new hearts whilst on tour in Europe and Russia.

The line-up has several changes through the years; co-founders Jogi, Lala and Axel were unable to continue with the band through either health or personal reasons, leaving Freddy as the only original member, and he made NECRONOMICON his life’s purpose and passion…

In 2012, the highly anticipated album, “Invictus”, came on the market and caused quite a stir. The press totally rolled over with praise and showed that the title “Thrash Cult” was not just a nice footnote. With “Invictus”, NECRONOMICON’s individuality and skill in terms of song writing goes from strength to strength, exceeding all expectations with a full sound and terriﬁc production.

The eighth album titled “Pathﬁnder… Between Heaven And Hell” (2015) ﬁnished at 11th place overall in Metal Hammer Magazine and was voted one of the best Metal albums in 2015 in South America.

“Unleashed Bastards” album was released in September 2018 and became probably the hardest, heaviest and most uncompromising album since the heavy hitting legendary debut album “Necronomicon”. The album was in the top ten reviews in all reputable magazines worldwide. The part of tracks from the album, as well as old and well known rockers, appeared in band’s set-lits of the Total Metal Over Europe – Unleashed Bastards Tour 2019, runned through Poland, Austria, Hungary, Romania, Slovakia, Czech, Serbia, Bulgaria and Italy.

Unfortunately, fate caught up with the band once again, and Chris (drums) was no longer able to cope with the stress of touring due to health problems, and Mike (guitar) also had to strike the sails and left the band.
Luckily, replacements were found quickly with none other than the great drummer from Canada Rik “Roundcat” Charron (ex Exciter), and American solo-guitarist Glen Shannon, who played with members of Fates Warning, Pentagram and others.

During the worldwide Covid pandemia, the tenth album was recorded in a renewed lineup. “The Final Chapter” is in essence a new chapter for the band – it’s the first time that the band has international members, so the sound is different, but, oddly enough, you still know it’s NECRONOMICON – due to founding member Freddy, and his distinctive song writing style, and Marco Lohrenz on bass and backing vocals. The album was released in March 2021 by El Puerto Records. To support the new album, Total Metal Over Europe – The Final Chapter Tour planned in spring of the same year.

Let there be no doubt in anyone’s mind – NECRONOMICON has never been stronger!! 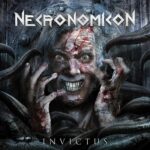 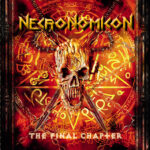 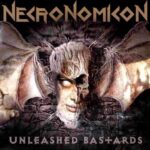 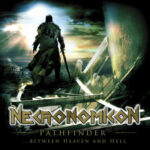 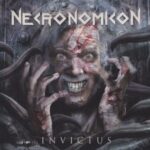 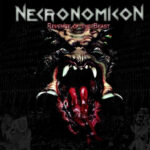 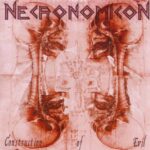 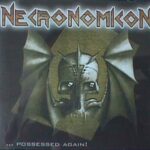 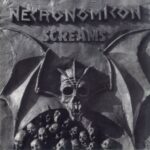 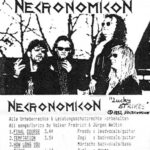 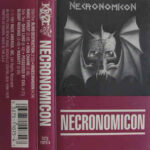 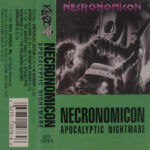 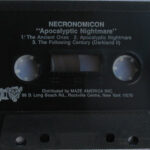 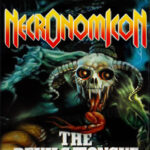 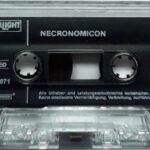 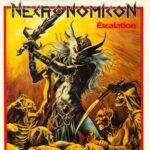 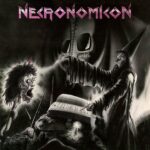 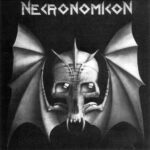 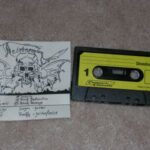 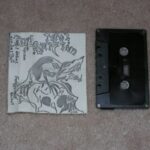