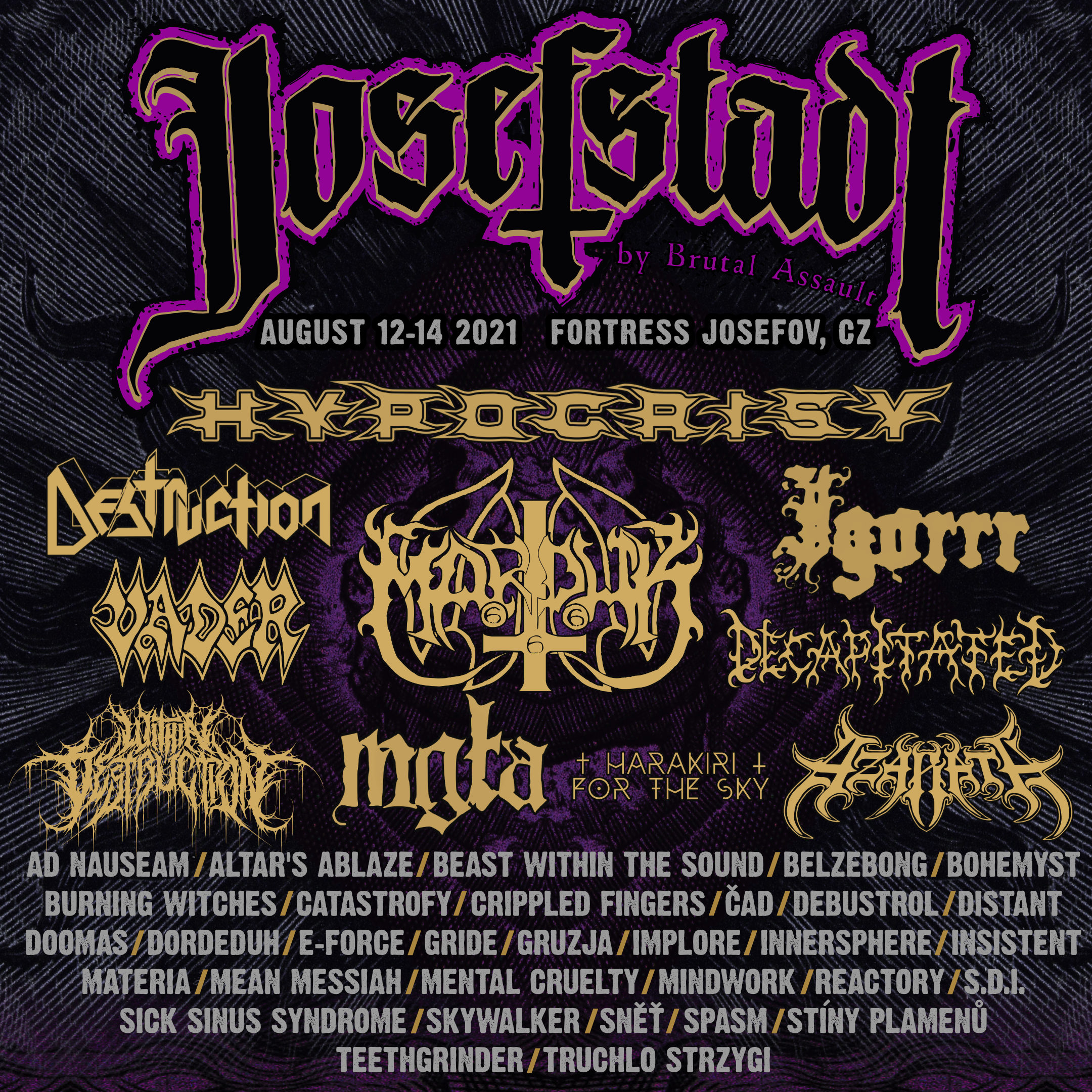 Posted at 02:21h in Brutal Assault News by admin
1 Like

Unorthodox fans of metal music will not miss Brutal Assault. On its original date, there is a three-day, smaller festival named after the original name of the imperial fortress town, that has been hosting Brutal Assault for years.

For the second year in a row, due to all too well known circumstances, everything is different, but even this year the organizing team behind Brutal Assault has not given up. And so, due to restrictions and the situation around the coronavirus, just like the last year, they have come up with a variant of a smaller festival, named JOSEFSTADT.

Anyone who has ever been to Brutal Assault knows that it is unique for its atmosphere, dramaturgy and location. And the goal for JOSEFSTADT is to bring the same experience to this „little Brutal“ – in the same fashion as with full scale version – so no one should feel any difference in the level of services provided.

As usual with Brutal Assault, the genre focus of JOSEFSTADT is not looking solely backwards and it encompasses both household names and bands whose halo is still gaining in intensity. Thus we can talk about death commando AZARATH with Behemoth’s drummer Inferno, post-black atmosphere seekers HARAKIRI FOR THE SKY, a faction of modern directions stemming from deathcore in the form of bands WITHIN DESTRUCTION, MENTAL CRUELTY and DISTANT, the dissonant Italians AD NAUSEAM, the French E-FORCE with former Voivod singer, who prepared a set based on the albums „Phobos“ and „Negatron“ or by tribal folk influenced Romanians DORDEDUH.

And why Josefstadt you ask? It’s the former name of the historic 18th century imperial fortress town that was built by the Habsburgs on the orders of Emperor Joseph II – now called Josefov – which has been home to the festival since 2007. This military fortress later served as a hospital for the wounded and as a prison camp, and for three centuries was inhabited by military garrisons of various armies, whether they were Austrian, Czechoslovak, German or Soviet. Today, it is a historic landmark with an unmistakable character and the site of the annual holy of the holies of metal fans worldwide, this year in the form of JOSEFSTADT.