After an inspiring evening in 2015, absorbing the sonic vibes of their mutual favourite metal bands, two friends Jan and Gunnar decided to claim their periphery and the diverging melodic death doom band Fragmentum emerged.

The alliance of musical creativity resulted in the adamant but sincere EP D!VERGE.

Working as hell on new songs and enforcing the band with new members for live playing resulted in their debut album PUGNACITY. This full album was released worldwide shortly after touring with Children of Bodom in US and has been received with rave response and reviews from the metal industry and fans.

Subsequently Fragmentum shared the stage with Soulfly on their European tour and played more venues with mayor bands like Annihilator.

The second full album MASTERS OF PERPLEXITY containing blasting diverging Maya theme metal songs is released upon all metal-heads on April 16 2021. Recording, mixing and mastering have been done in their own studio Z-Underground.

A cool intriguing video clip of the Origination Of Mankind song was spread on all social media on March 26th 2021.

The band is now preparing to bring the album live in cooperation with Total Metal Concerts & Booking. Upcoming shows will be announced via the website and social media channels. 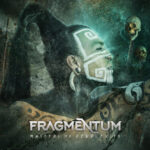 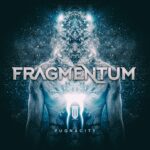