Fausttophel was originally created in 1999 at Poltava, Ukraine with the next line-up: Alexander Chumak (R.I.P.), Vyacheslav Vyrvichvost (R.I.P.) and Alexander Savinykh. Music style was oriented on Melodic Black Metal. In connection with the death of a drummer Alexander Chumak in 2001, the band ceased to existing.
In 2009, the band resumed its creative activity in Obninsk, Russia, in the person of Alexander “Adams” Savinykh, and Valentin “Mau” Samokhin, who joined him (both, at the time, the members of the Revenant). In April 2012, when the material was composed and prepared, the musicians started recording the album.
At spring 2013, the band signs a contract with Ukrainian Metal Scrap Records.
The debut album, “Thirst Of Oblivion”, was released in late July by Another Side Records, a division of Metal Scrap Records Inc.
In 2014, three new musicians join the band: guitarists Vladislav “Vlad” Ustinov and Vladimir “Vader” Aldushkin, as well as drummer Nikolai “Domovoy” Vykhodtsev. Renewed line-up continues to work both, new material and preparing for concert activity. Apart from a three concerts in Obninsk, the band performed in several other Russian cities, as well as in Belarus and Ukraine.
The year 2015 was completely dedicated to the recording of the new album, which was entitled “…Sancta Simplicitas…” and released at March 31, 2016. With new strength and fresh stuff, the band actively performs. At the same time, musicians began working on new ideas and tracks.
December 13, 2019 the third album, “No Liars Among The Fallen”, was released by Another Side Records.
After three full-length albums, in 2021 Fausttophel released their first EP, “Ultimum Lupus”. This release is very special for the band, because dedicated to the memory of their close friend and ex-member, Svaromir Golunsky, passed away last year. Although there were no definite creative plans for Fausttophel for 2021, this sad event caused a sudden emotional impulse, which resulted in this release. The video for the title track was shot to support the EP. 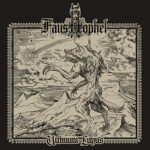 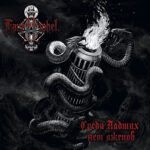 “Среди Падших Нет Лжецов / No Liars Among The Fallen” CD & Digital; 2019; Another Side Records.. 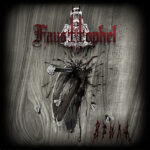 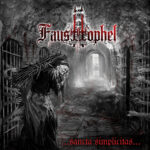 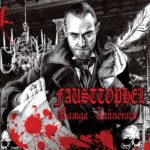 “Жажда Забвения / Thirst Of Oblivion” CD & Digital; 2013; Another Side Records.